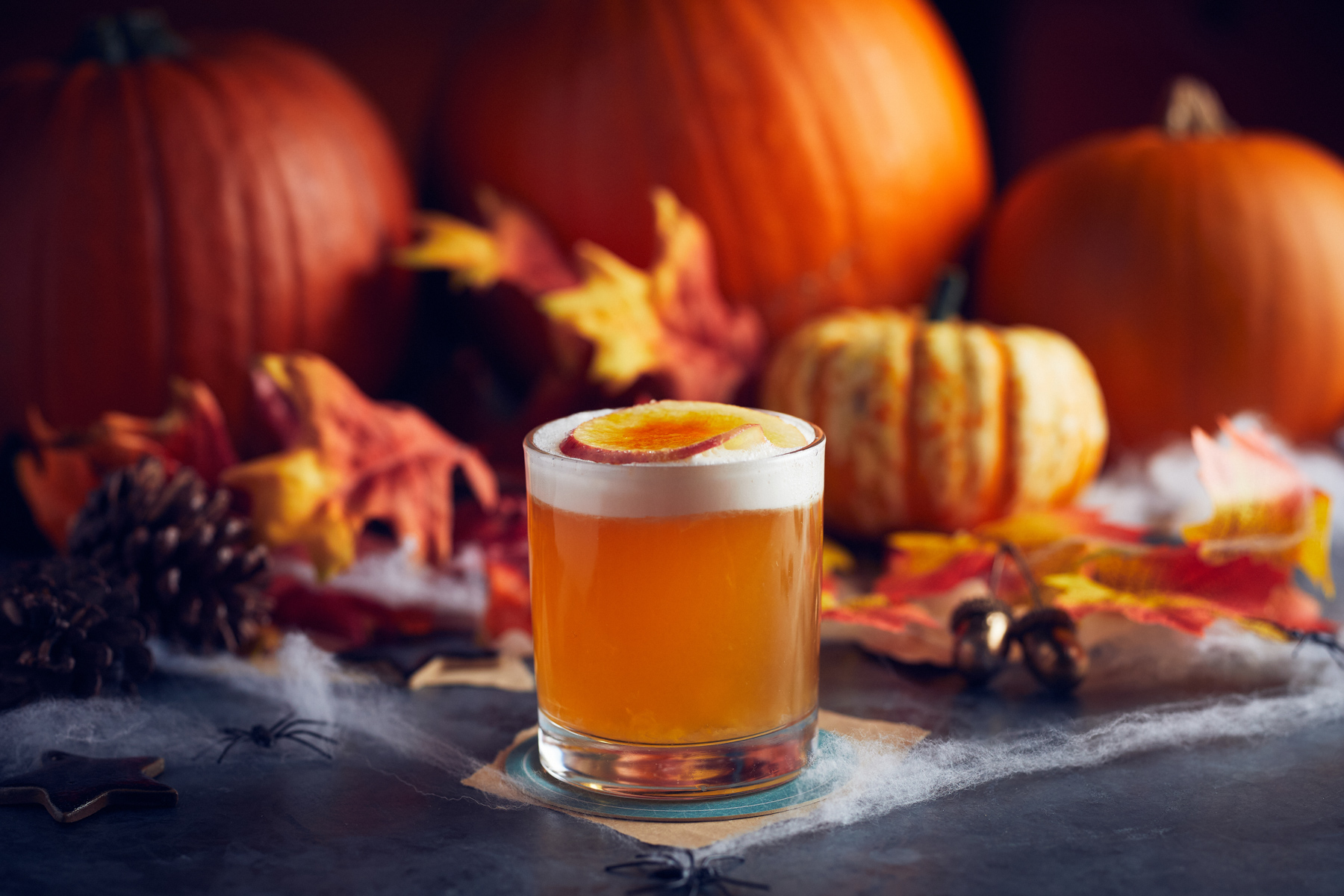 Hereford has so much to offer when it comes to Food & Drink. Our abundant county gives us everything we need to produce some of the country’s finest independent brands. Why not plan your visit to coincide with one of the many food and drink festivals taking place in Herefordshire every year. Have a look at our ‘Food & Drink Tours’ page, too, if you’d like more hands-on and in-depth artisanal experience. After your busy day, come back to the hotel and enjoy a meal using the finest Herefordshire produce at The Hereford. 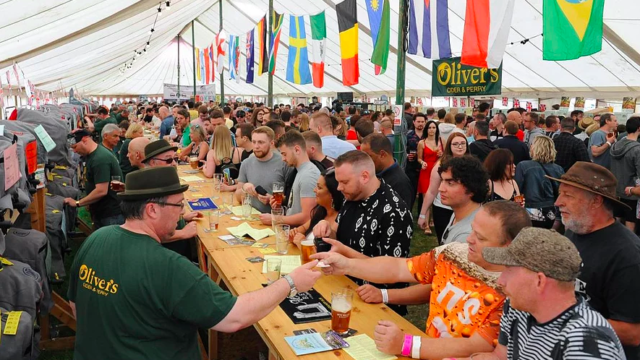 Beer on the Wye

Herefordshire’s biggest beer and cider festival is set to return once again!

Hosted on the banks of the River Wye at the city’s rowing club over the weekend of the 9th to 11th July 2021.

With its wonderful laid-back atmosphere set in a riverside meadow in the historic heart of Hereford, Beer on the Wye has become a ‘must-do’ festival for many. People come from near and far. Last year over 6,000 people attended over the three days and drank between them over 21,000 pints – and this year we are expecting more people to drink more beer and cider! And we’re proud to boast that it’s always incident-free. It’s just a great event in a fabulous location.

People come from all over the UK and the world to see and try the largest selection of Herefordshire draught ciders and perries ever assembled under one roof. It all makes for a most impressive sight and taste.

Beer on the Wye XV will showcase over 135+ different real beers from breweries the length and breadth of the UK, with styles ranging from light ales to stouts; from lagers to dark milds and probably everything in between. As always there will be the popular Herefordshire Brewers’ Bar. The Foreign Beers Bar will again offer an eclectic and interesting range of 40 beers from overseas catering for those with more international tastes.

As you might expect for an event based in Hereford there will be the very best range of ciders and perries from our local producers as well as some from the neighbouring counties. In total there will a choice of 130+ draught ciders and perries, over 100 from small Herefordshire producers, and a number of bottled products, some will be from new producers, as this vibrant sector continues to expand. 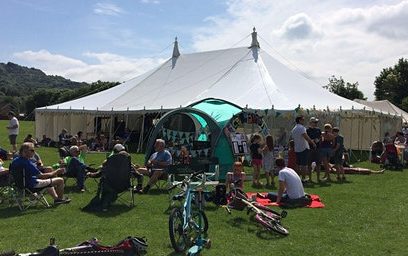 Located in the Heart of Kington

Tempt your taste buds with some great street food, music, ciders, ales and spirits from the very best of the borders with free parking and admission, runs from 9:30 till 3.30 right in the centre of the town of Kington. 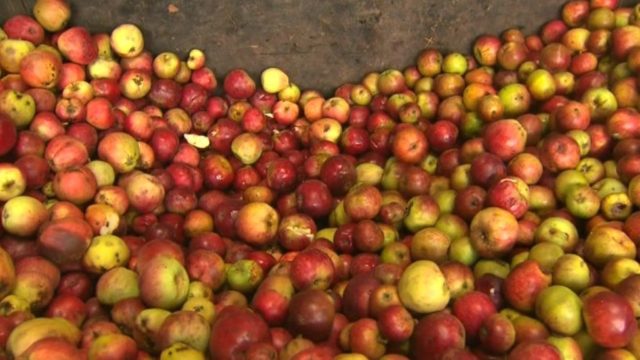 Ciderlands are a network of destinations that promote the global diffusion of culture and tourism around cider and perry, a reality that currently lives a true renaissance in the whole world. Discover the history, the heritage, the tourist attractions, and the social truth behind the product and its elaboration. From the orchard to the glass, through the apple blossom. 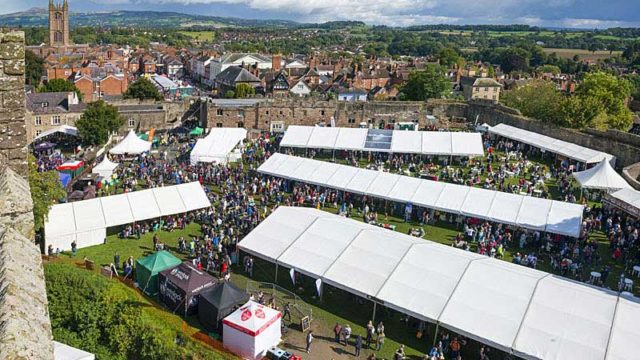 Ludlow Food Festival brings together a thrilling line-up of chefs, food writers, producers, and authors across the weekend. They’ll be sure to entertain and inspire. 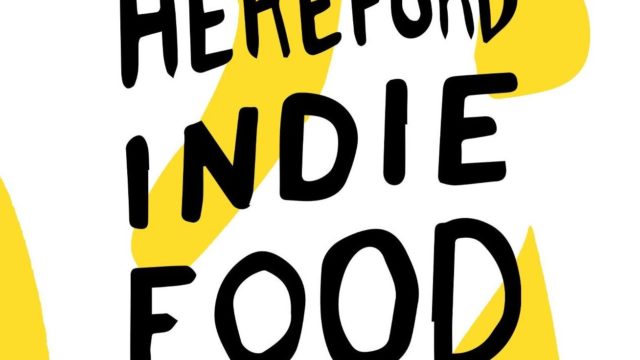 A Family Festival for Foodies

Hereford Indie Food Festival is located at the rear of the hotel. The Green Dragon Hotel couldn’t be a more convenient destination to stay, dine, or drink during the festival. 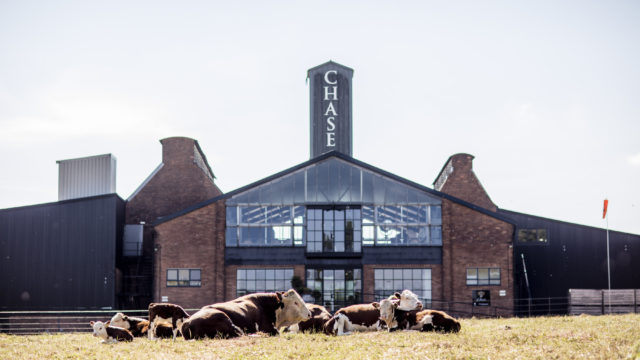 How and Where Do They Make It?

Hereford has some fantastic food and drinks experience days and tours to offer. we have chosen some of our favorites to share with you here: